A cryptic pregnancy happens when a woman doesn’t realize she’s pregnant until she’s at least halfway through her pregnancies.

·        Lack of symptoms: “Sometimes women do not have pregnancy symptoms. Some are blessed with not having nausea, vomiting, breast tenderness, and fatigue,” Greves says. “Sometimes if a woman is overweight, she may not notice the weight gain [associated with pregnancy].” In this case, the person may not “show” as much.

·        Infertility: Alternatively, someone may be struggling with infertility, and think pregnancy just isn’t a possibility for them.

·        You’re on birth control pills: If you miss a pill or take a dose too late, it’s possible that you can ovulate, and that’s how you can get pregnant on the pill in the first place. “Birth control pills can fail, and if you’re taking them continuously, you may not have symptoms that would point out something is off,” Greves says.

·        Inaccurate pregnancy test results: Another thing that can fail? Pregnancy tests. Pregnancy tests can be extremely accurate, but only if you take them correctly. If you take them too early in your pregnancy, check the results too soon (or too late), or if your urine is diluted because you’re well-hydrated, this can increase your risk of an inaccurate result. Specifically, a false negative result, which is when the results are negative but you are pregnant.

·        Psychology: Furthermore, there may be a psychological component, where the pregnant person is so stressed or fearful about being pregnant to the point where they may experience full denial that they could be carrying a baby.

There’s no research to indicate whether certain people are more prone to cryptic pregnancies than others, or if there are factors that increase your risk of having a cryptic pregnancy.

It’s frustrating if you’re hoping to be pregnant, and become convinced that you are, only to be told that according to a blood or urine test, it’s not possible. A stealth pregnancy can make you feel mixed emotions, too.

It can also be scary and confusing to find out that you’re pregnant as late as seven, eight, or nine months into it. Some women with this condition are even taken by surprise by labor pains that are their first real “sign” of pregnancy.

Let’s take a closer look at the symptoms, statistics, and stories behind this real condition.

What are the symptoms of a cryptic pregnancy?

To understand how a cryptic pregnancy can go undetected, it helps to grasp what a “normal” pregnancy looks like in its early stages. In the United States, most people discover that they’re pregnant within 5 to 12 weeks after conception.

After missing a period, a home pregnancy test will generally indicate a “positive” result. Further urine testing, a blood test, and an ultrasound at an OB-GYN will then confirm the pregnancy. Most people notice symptoms of pregnancy such as tender and swollen breasts, mood swings, fatigue, and nausea early on during the first trimester.

When you’re having a cryptic pregnancy, nothing sets off the chain of events that leads to discovering that you’re pregnant. A pregnancy test may come back negative even after you’ve missed your period. You may dismiss early pregnancy nausea as stomach flu or indigestion.

Maybe you’ve been told that you have infertility, or your periods don’t come regularly, to begin with, meaning that pregnancy isn’t a possibility you would be prone to consider.

If you’re pregnant but aren’t aware of it, missing pregnancy symptoms can add to the confusion. Especially if you’ve never been pregnant before, it’s easy to dismiss pregnancy symptoms such as fetal movement, slight weight gain, and fatigue as the result of dietary or lifestyle choices.

Low levels of pregnancy hormones can mean your pregnancy symptoms are very mild or close to impossible to notice.

How long does a cryptic pregnancy last?

Anecdotal evidence suggests that a cryptic pregnancy can last longer than a typical pregnancy, perhaps related to very low hormone levels at the start.

On the other hand, there’s also a case to be made that lack of prenatal care, poor diet, and lifestyle choices made by a person who isn’t aware of their pregnancy could increase the odds of preterm birth.

We don’t have much credible research to understand how a stealth pregnancy might be different in terms of length.

How can pregnancy tests be negative if you’re pregnant?

Pregnancy tests and even ultrasounds can appear negative if you’re experiencing a cryptic pregnancy. The reasons why will differ on a case-to-case basis, but essentially, the following applies:

If you have PCOS, missed or absent periods, are extremely active or athletic or have given birth recently

You’re more likely to have fluctuating hormones if you fit into one of these categories. If your uterus is continuing to shed at least partially, or if you don’t get your period regularly, hCG (the pregnancy hormone) may not accumulate in a way that is significant enough to give you a positive home pregnancy test.

If you have an inconclusive ultrasound

If you’re approved to get an ultrasound despite a negative pregnancy test, it’s possible a pregnancy won’t show up in the first trimester because of:

What is labor and delivery like after a cryptic pregnancy?

Labor and delivery at the end of a cryptic pregnancy will be physically similar to any other pregnancy. You’ll typically have contractions that feel like severe cramps while your cervix stretches to be able to deliver the baby. Once your cervix is dilated, your body will need to push the baby out of the birth canal.

What’s different about labor and delivery for a cryptic pregnancy is that you may not be at all expecting it. This can cause intense psychological distress while it’s happening.

You also may not have had access to prenatal care during your pregnancy, so you might not have a doctor or midwife on call. If you’re experiencing intense cramping that feels like contractions and don’t know what to do, go to the emergency room immediately.

Enigmatic pregnancy is a real condition, though it’s uncommon and somewhat misunderstood. If you believe that you’re pregnant, you should be aware that conventional first-trimester testing methods — blood tests, urine tests, and ultrasounds — are accurate for most pregnancies.

If you continue to have pregnancy symptoms after getting a negative home pregnancy test, discuss your specific circumstances with a doctor you trust. Waiting for a week or two to see if your symptoms subside won’t hurt your baby, but don’t delay seeking answers for months.

Remember that if you’re in distress or feel like you just can’t handle being pregnant, there are resources for you. 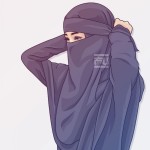